With the ongoing economic impacts of the pandemic and rising inflation around the world, many people have less money to spend. However, global economic growth has been surprisingly consistent for the last two centuries. Understanding the impact of these societal changes in wealth is a pressing issue for economists, psychologists, sociologists and other researchers.

How wealthy people are, or how wealthy they think they are, can have big implications for how we interact with others. One important finding is that wealth has been linked to what researchers call ‘prosocial behaviors’, actions that include helping others and being generous with our money or time. It seems intuitive that people who have more money are more likely to donate money to others, but not all studies find that this is the case. There are also many diverse ways to help others that do not involve money, and different ways of measuring wealth which complicate the picture.

Solving the puzzle of how wealth impacts prosocial behavior, or if there is no impact at all, is essential right now. To alleviate international conflict or climate change, people around the world will have to engage in prosocial behaviors that benefit others. But how exactly does wealth affect prosocial behavior, and are those who are wealthier more or less generous? 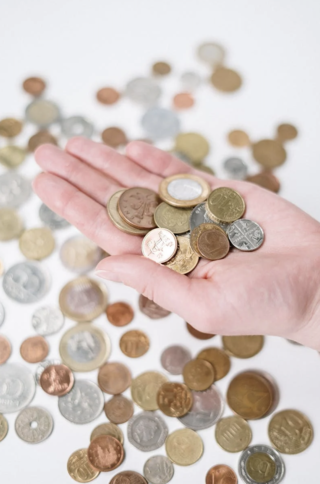 Generosity has been linked to wealth

An important distinction can be made between objective wealth — metrics such as household income at the individual level or the wealth of a country — and what we might call subjective wealth — how wealthy we perceive ourselves compared to others in our society. Over the past few years, several studies have reported that those with higher objective wealth are the ones that are more prosocial. For example, one study examined the association between household income and prosocial behavior around the world. Prosocial behavior was measured by asking around 80,000 participants across 76 countries a mixture of survey questions such as, “How willing are you to give to good causes without expecting anything in return?” These hypothetical questions were shown in a separate sample to predict people’s behavior in experiments with real money. The study found that those who had a higher household income also scored higher in prosociality.

However, the findings between higher income and more giving are not always consistent. For example, some researchers showed that those with a lower household income would give more to a partner in a trust game, where participants are asked to give some money to a partner and the partner can choose to return some of it for a bonus. There is also evidence that people in poorer countries were more willing to donate to a hypothetical charity than those in richer countries, particularly if the charity would help people in their own country specifically. Further research is needed to understand why there can be differences between studies in whether wealthier people give more.

When we think of wealth it is natural to think just of how much money a person has. However, research has shown that how wealthy we feel rather than how much we have is a really important factor. Subjective wealth, or how wealthy you perceive yourself to be relative to others in society, can be measured in many ways. One popular way is to use the MacArthur ladder scale. For this measurement, people view a drawing of a ladder with 10 rungs and imagine that the ladder represents where people stand in society. They read: “At the top of the ladder are the people who are the best off, those who have the most money, most education, and best jobs. At the bottom are the people who are the worst off, those who have the least money, least education, worst jobs, or no job. Please place an ‘X’ on the rung that best represents where you think you stand on the ladder. ”

The MacArthur ladder scale can be used to measure subjective wealth

Using this measure another global study, this time measuring over 40,000 people in 67 countries, found that those who perceived themselves to be lower on the ladder scale gave more in a hypothetical donation task. So lower subjective wealth predicted greater generosity. Consistent with this finding, another study found that those people who subjectively perceived themselves to be a lower economic rank in society gave more in a donation game. Together these studies show that unlike objective wealth, for subjective wealth it might be that those who perceive themselves as poorer give more.

Another important piece of the puzzle is the effect of having very limited levels of resources, which can be termed ‘scarcity’ or ‘precarity’. In these cases, it could be that any links between prosocial behavior and subjective or objective wealth break down. So the association between prosocial behavior and wealth would not always be positive or always negative, but instead there would be a more complicated pattern where those who are the very wealthiest or the very poorest behave differently from those with middling levels of subjective or objective wealth. Some researchers have argued for the more complicated pattern and pointed to research in other species suggesting that in general scarcity increases prosociality but only when scarcity is not extreme. Indeed, social relationships are very important in times of upheaval or stress. For example, during the COVID-19 pandemic social support was shown to be an important buffer with those with more social connections reporting reduced stress and fatigue. Future research will be important to understand the association between wealth and generosity as wealth continues to change around the world but the need for prosocial behavior remains.