Three years removed from their last NBA Finals appearance and two removed from having the worst record in the entire league, that accomplishment seemed unfathomable to most. Since the 2019 NBA Finals loss to the Toronto Raptors, the Warriors had traded one Hall of Fame player (Kevin Durant), and the three other legendary players still on their roster (Stephen Curry, Klay Thompson, and Draymond Green) dealt with a variety of well-documented injuries.

Any other team might have folded in the face of this adversity, resigning themselves to lick their wounds during the glow of three recent NBA championships. This is not any other team, though — the Warriors’ famous culture, driven by superstars Curry, Thompson, and Green, is not about “satisficing.” Through a series of shrewd personnel moves and a whole lot of cohesion, the Warriors climbed back to the mountaintop.

One of these acquisitions, in particular, played an outsized role in helping the Warriors win a fourth NBA title in eight years: former number one overall draft pick, the much-criticized Andrew Wiggins. Many of the critiques levied against Wiggins in his first six seasons boiled down to a perceived lack of attention to detail, drive, and ability to be The Guy.

Somehow, Wiggins was able to overcome all of these criticisms in one fell swoop to become, arguably, the Warriors’ second-best player throughout the playoffs.

The science of team cohesion suggests that, for Wiggins, having clear group norms and a clearly defined role seems to have unlocked his potential.

As a top NBA draft prospect, Wiggins’ profile was clear: He had the potential to be an elite athlete and defender immediately. Because of this high ceiling, Wiggins went number one overall to the Cleveland Cavaliers but was quickly shipped to the Minnesota Timberwolves. Through no fault of his own, Wiggins landed with a dysfunctional franchise with no norms to speak of; as the team transitioned away from the Kevin Garnett era, it lacked a clear tone-setter and culture-maker. Plus, they sucked: The Wolves went 16-66 in Wiggins’ first year, followed by 29-53 in his second.

In addition to lacking clear institutional norms, the Wolves’ role for Wiggins was a mismatch to both his talents and his personality. As such a high pick, Wiggins was expected to be the team’s top offensive and defensive option — an alpha dog in the Kobe Bryant mold. Wiggins, though, is a relatively reserved, family-focused guy. Outwardly, at least, Wiggins does not appear to be the rabid competitor that Minnesota expected him to be.

These two factors — a missing norm to tell the moldable rookie how to behave and a lack of a clear role — caused a mismatch between Wiggins’ potential and what he became in Minnesota. And, after 5.5 seasons, Wiggins earned several feared titles, like bust and lazy player. Even when the Warriors traded for him in 2020, the deal was generally considered a stepping stone for the team to acquire someone they really wanted.

A model of team cohesion

Every title run has numerous causal factors, perhaps foremost talent and a little bit of luck. For these Warriors, though, intangibles like Championship DNA, grit, and love play an outsized role.

Each of these factors is important, but the one that keeps surfacing again and again for the Warriors is team cohesion— “the tendency for a group to stick together and remain united in the pursuit of its instrumental objectives [1]. ”

One well-regarded model of team cohesion, from psychologists Carron and Spink [2]which appears in Figure 1, suggests several factors that contribute to teams’ overall feelings of togetherness. 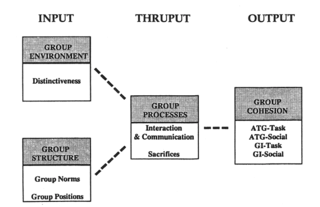 Figure 1. Model of Cohesion adapted from Carron and Spink (1993)

So, for instance, the most cohesive teams should feel distinct from the competition (“We are unique because of our winning history ”), have clearly defined norms (“ We always play hard on defense ”) and roles (“ Steph is the leader; I score when necessary and play hard defense ”), communicate well (eg, sharing grievances rather than letting them fester), and sacrifice for each other (eg, giving up playing time so the team can win).

The importance of norms and roles in team cohesion

Each of these features is necessary to maximize team cohesion, but they can also operate like levers — augmenting one should ripple out and influence the others. In the case of Andrew Wiggins, having clear group norms and a clearly defined role seems to have unlocked his potential.

The Warriors’ well-established culture of greatness is founded on defense. As Coach Steve Kerr noted, “the key to our game is defense”; that’s a stark contrast to the popular conception that the Warriors are all about making pretty passes and long three-pointers. Each of the Warriors’ four recent titles, though, has found them with a top-five defense in the NBA.

Stepping into this clear norm of behavior (“Play defense or get out”), with such deep buy-in from the team leaders, put Wiggins in a position to lean into his defensive potential. And boy did he deliver, managing to body up several of the NBA’s top offensive threats in the playoffs, especially Dallas’ Luka Doncic and Boston’s Jayson Tatum.

Another foundational piece of the Warriors’ success has been their ability to offer players clear roles and expectations about how they fit into the team. Various veteran players have contributed in new ways after joining the Warriors — at least in part because they could focus on filling a very specific role. Another first overall pick, Andrew Bogut, revitalized his career and helped catapult the Warriors to the first title of this dynasty when he joined them and fulfilled a needed void as an enforcer, rim protector, and distributor.

Wiggins’ performance this season, capped by his stellar postseason, is the latest example of this trend. Rather than being The Guy, as he was expected to be in Minnesota, on a healthy Golden State roster Wiggins was arguably the fourth-best player. Being out of the spotlight allowed Wiggins to bond with his teammates and, more importantly, be exactly what the Warriors needed: an incredible defender and athlete, as well as a reliable second, third, or fourth shotmaker.

The Andrew Wiggins story is nowhere near over; he is only 26, after all. Wiggins showed this year that although it is easy to judge players on their first few years in the NBA, the narrative can change in a heartbeat — especially when a new team offers clear norms and roles for which they can strive.