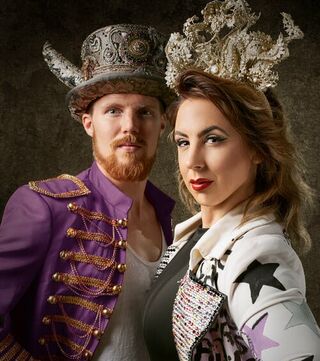 My previous post focused on the biographical and biological origins of a narcissist’s sense of entitlement. This post will suggest its hazardous, longer-term costs. Beyond this, it will enumerate the most effective ways of convincing a narcissist either to ameliorate or abandon this potent but personally and socially pernicious defense.

And that’s hardly an easy task. Of all the narcissist’s defense mechanisms, their sense of entitlement may be the one they most covet and so tightly hold on to.

How, over time, a narcissist’s sense of entitlement recoils against them

More than anything else, narcissists require admiration and respect. But when their insincerity, manipulativeness, and exploitativeness are ultimately found out, they end up forfeiting what they’ve strived so hard to achieve.

Typically they end up feeling discarded, rejected, isolated, and lonely — precisely what all their grandiose entitlement was (subconsciously) calculated to protect them from.

Their deep, unrecognized feelings of insecurity, and even inferiority, represent lifelong issues for them. And their aversion to being forced to compromise or negotiate with others (because they see it as belittling) hardly endears them to those needing to deal with them.

When others — whom all-too-frequently they mentally and emotionally (if not physically) abuse — eventually confront or move away from them, this defense against underlying anxiety and depression is endangered, making them susceptible to substantial psychological pain.

Ironically, in the workplace, those with a pronounced sense of entitlement can present to prospective employers a convincing demeanor of leadership and superiority. And they frequently rise to the top of the organization they’ve self-advantageously aligned themselves with.

Yet over time, their smug, hostile, aggressive manner of relating to co-workers or those hierarchically below them may lead to their undoing. So self-absorbed and without any genuine team spirit or empathy, they can alienate others — who, in turn, may “team up” to retaliate against them.

As a result, their careers can be seriously undermined, leaving them feeling resentful, discouraged, dissatisfied, and discontented. Unable or unwilling to take responsibility for their failings, they’ll think they were cheated — robbed of what was patently due to them.

Ultimately, their disappointments can precipitate all sorts of bodily distress and disease, too — not to mention drug and alcohol abuse and suicidal thoughts and behaviors.

Individuals with a sense of entitlement expect to be treated as “special,” and because of their extreme ego needs, their feelings get hurt when they’re dealt with the same way as others.

Moreover, since their primary safeguard against imminent emotional pain is anger and rage, threats and vengefulness, it’s only prudent to avoid antagonizing them.

It’s therefore important to repeatedly — but sympathetically — emphasize that although you regret having to disappoint them, you customarily treat people the same. But that you truly sympathize with how your interpersonal stance must really frustrate them.

Keep in mind that, to you, fairness may be synonymous with equality, but to them, equality feels like inequity, tantamount to being denigrated or demoted.

Opposing their belief that because they are “privileged,” they should not have to exert themselves to get what they want, inform them that with you (if not with others), they’ll be far more likely to obtain what they desire if they do those things — which you’ll need painstakingly to spell out — to earn what potentially you may be ready and willing to offer them.

Be clear, too, about your boundaries and limits, and hold fast to them. Also, take care to articulate these restrictions till you’re certain they’re understood. Narcissists can endlessly test your limits till they’re absolutely convinced that doing so is an exercise in futility.

“Give ’em an inch, and they’ll take a mile” is an expression almost perfectly suited to narcissists. So while it may at times be tempting to capitulate to their requests or demands (if only to get them off your back), do not violate your ethical code simply to maintain a harmonious relationship with them.

The way to “win” with narcissists is not to out-and-out triumph over them but to assertively preserve your integrity in dealing with them. Otherwise, in avoiding the so challenging task of standing up to them, you’ll just be defeating yourself.

Do not allow narcissists to push your buttons. Again, this is no easy undertaking, for entitled individuals can easily try your patience and burrow deep beneath your skin (although, admittedly, their skin is likely a lot thinner than yours).

In your mind’s eye, rehearse difficult conversations you need to have with them. And decide in advance that however they respond, you’ll take it in stride and not lose focus on the message you view as imperative for them to hear.

They may well attempt to distract or dominate you but, determinedly, keep returning to the matter at hand. Do not let yourself be bullied into giving up on getting through to them. In such a singularly demanding relationship, you want to stay calm, considerate, and connected. And to remind yourself that, if necessary, you can be just as adamant (though nowhere near as aggressive) as they are.

Finally, as I emphasized in my last post on the entitled, depending on how far out on the narcissistic continuum they are, it may be impossible when you stand your ground not to antagonize them. True, giving in to them to get along with them might immediately settle them down. But before long, they’ll be raising the ante to explore what else they might get you to do to accommodate their selfish, self-centered wishes.

Additionally, be aware that even when you develop greater expertise in handling narcissists, it’s highly improbable that this skill set will foster any lasting change in their basic personality.

So consider that, in all likelihood, the best you can do is change their behavior toward you. And if you succeed here, you’ll not only have done the best you reasonably could, but probably much better than others.