Personality disorders are listed in the Diagnostic and Statistical Manual of Mental Disorders published by the American Psychiatric Association, most recently published in 2022 as the DSM-5-TR. It indicates that more than 10 percent of adults have such a disorder, based on studies from several countries.1

These are huge numbers, yet few people know much about personality disorders, and many do not see them as a mental disorder. Many people simply get angry with those with personality disorders, believing that they are just being difficult on purpose and can control their behavior. Likewise, judges generally do not consider personality disorders to be a factor in making legal decisions, because the individuals are considered to know right from wrong. However, these views may be changing. 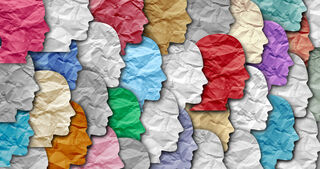 When people think of mental illness, they usually think of people with disorders such as schizophrenia, bipolar disorder, depression, anxiety, and addictions. We understand that those suffering from these conditions have their thinking impaired, and we generally have sympathy for them, realizing that they have little control when they are under the influence of these conditions. We feel sad that they often suffer alone, yet we are glad to know there is treatment for these problems, including individual therapy and / or medications.

A common characteristic of persons with PDs is that they themselves most often do not consider their behavior to be problematic (ie the traits are ego-syntonic), yet their way of dealing with other people may represent a major stressor to persons who are close to them. Subsequently, parents with symptoms that are characteristic of BPD, ASPD, and NPD may readily see the faults and flaws in their children (and spouses) but rarely acknowledge that their own behavior or attitude contributes to any problems.2

It’s easy to see why people get angry at those with personality disorders because no one likes to be constantly criticized, and it’s hard to be in relationships with those who do not take any responsibility. Yet these behaviors are at the core of their problems, which is why mental health professionals see them as having a mental disorder.

In making legal decisions, lawyers and judges have generally treated personality disorders as not mental disorders. For example, in 2002, Elizabeth Smart was 14 years old and kidnapped from her bedroom by a man who held her in captivity for the next nine months. After she was found, the kidnapper, Brian Mitchell, was evaluated to see if he was mentally competent to stand trial. The Court of Appeals stated:

Based on the evidence presented at the competence hearing, the analyzes of [two psychiatrists]and the court’s analysis as set forth above, the court finds that Mitchell does not presently suffer from a mental disease or defect that impedes his rational and factual understanding of the nature and consequences of the proceedings against him or his ability to consult with his lawyer with a reasonable degree of rational understanding.3

The doctors and the court instead found that Mitchell met the diagnostic criteria for both narcissistic and antisocial personality disorders, which made him highly manipulative and sadistic, as well as lacking in empathy and remorse, but in touch with reality. Therefore, he was considered competent to stand trial.

From 1978 to 1996, Theodore Kaczynski sent mail bombs to universities and businesses, which killed three people and wounded many others. After he was caught, a court-appointed psychiatrist said he had paranoid schizophrenia, which caused him to have great fear and anger toward technological progress. Based on this diagnosis of a mental illness, the prosecution offered him a plea bargain of life in prison, instead of a trial that might lead to the death penalty. The prosecution was afraid that with a trial there might be “a reversal, acquittal, or mistrial,” because of his mental illness.

Yet other psychologists found that he had more control over his actions than someone with schizophrenia. After all, his multidecade bombing spree “was the product of measured consideration,” not uncontrollable impulses. They believed he had a paranoid personality disorder and knew what he was doing. We’ll never know how this would have affected a trial, as Kaczynski accepted the offer of life in prison.4

Australia, like most countries, has a history of taking mental illness into account in sentencing criminals but not allowing personality disorders to be a basis for any leeway. However, in a landmark decision in 2020, the court said that a young woman who had set many fires should get a different sentence for treatment, rather than simply being sentenced to prison. This was because she showed all the signs of a personality disorder affecting her judgment and behavior, even though she knew right from wrong, and that such treatment might help her change her behavior. The court unanimously held that an offender diagnosed with a personality disorder “should be treated as in no different position from any other offender” relying on an impairment of mental functioning as mitigating sentence.4

We now know that people with personality disorders have impaired judgment that affects their interpersonal behavior but that they may also be amenable to treatment in some cases so that they can improve their behavior. In this regard, their personality disorders should be treated as a form of mental illness by friends, family, mental health professionals, and legal professionals. They should not be excused for their inappropriate and sometimes highly dangerous behavior. But there may be situations in which they can change and should be expected to try, while also protecting society when needed.