Audubon native Keith Mason spent his entire childhood never knowing his father. Then, one day, an episode of an old TV show unraveled everything. 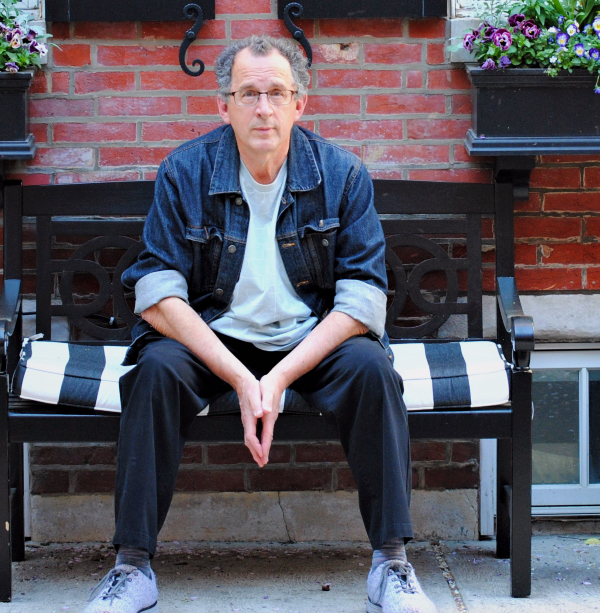 Throughout his childhood, Keith Mason described having “completely walled off” his father, a man he’d never met; a man who’d left before he was born.

Although his mom, Jean, a nurse, told her son she’d be happy to explain to him anything he’d like to know about his dad, Mason never asked.

“I did not want her to force open a stuck drawer,” he said.

“In my position, I was not going to dignify him with my curiosity.”

That does not mean Mason did not feel the absence of his father in his upbringing.

Raised by his mom and grandparents in Audubon, the subject would come up in predictable ways.

“When you’re 10 years old, and you’re thinking, ‘When I have a kid, I’m gonna teach him baseball, take him to the games,’ you have no idea what it’s going to be like at 35 raising a kid with this other life partner that produced the kid, ”he said.

“I knew I was going to be there,” Mason said. “I was going to not just go to the ballgames, but I was going to coach little league, support my girl at girl scouts and track meets, and make sure she was not going away with the wrong boys.”

Every so often, the subject of his father would come up, and Mason would entertain a brief conversation. He came to know about the man in snippets that infiltrated his upbringing. Once, his mom pulled out a Newsweek with a story featuring his dad, who was a salvage diver in New England.

“We had conversations,” he said; “Some reason made it come up. But that’s as far as it went. ”

Mason continued through much of the rest of his life without digging into the history of his parentage. He became a writer, first editing his high-school newspaper, then his college newspaper, and working at Philadelphia indie outlets like The Daily Planet spirit The Drummer.

Mason’s interest in storytelling took him into the fields of arts, culture, and music as a reporter, deejay, and publicist. He married, had children, divorced and remarried, and changed jobs several times. But it was not until October 2016 that Mason was ultimately pushed into reckoning with his father again.

“You get older, little curiosities bubble up for a while,” he said. “The Internet’s got everything. So in these idle, 15-minute pieces of life, okay, I’ll succumb; put in a couple of key words. ”

Mason knew from childhood that his dad had been a deep-sea diver. Internet newspaper archives had plenty to say about Burton Mason of Trumbull, Connecticut, who retrieved the body of a German U-boat soldier off the coast of Rhode Island in 1945.

The incident became an international story, but compelling as the account was, it did not leave much else for Keith to go on. He’d sworn off genealogical websites like Ancestry.com and genomic services like 23andMe, and so, after a while, the search seemed to peter out.

“There were some pieces that fit, but not the whole puzzle,” Mason said. “I was going to let it go. Everything’s become repetitive.

“But I put in the same keywords, and in the organic search, there’s a thumbnail of a little white-haired lady that seems incongruent,” he said.

“I click on the thing. Page comes up. I know what this is. ”

What he’d stumbled upon was footage from an October 1961 broadcast of the CBS chat show, To Tell the Truth. Mason had watched it plenty of times as a kid, but he’d never seen this episode.

“The comet came flying out of some lost quadrant of the galaxy, and everything changed,” Keith Mason said.

Even as he was experiencing it, Mason kept himself at a distance from the weight of the moment. The feeling still felt like “something from very far away,” he said.

“I looked at it maybe twice, studying it,” Mason said. “I would stop the progress of the video, and hold a little file card up to block off the eye, or the cheek, or the something, just to see parts. Anything I’d seen before was shadowy, or from when he was a kid.

“I called my wife down,” he said. “She was stunned. It was stunning. And yet, I’d spent so much time before that — researching, investigating, poking my nose into places, and riding along with this — that I was amazed, but not necessarily stunned.

He spent another year digging into the investigation before hitting another dead end. Returning to YouTube once more, Mason took in the To Tell the Truth episode again. But this time, down at the bottom of the page, there were new comments, including one from a woman who identified Burton Mason as her husband’s father.

For Keith Mason, it was a moment where “the barn doors fell off all over again.” It took another 18 months tracking down a family from Ohio that was headed by an older brother he’d never met.

By the time he’d finished digging, Keith learned that Burton Mason had fathered seven children with six different women, of which Jean had been the third. He had eight siblings he’d never met, a cousin who lived as close to his Cinnaminson home as Maple Shade, and an aunt who’d worked as a nurse in Philadelphia, just like his mom had.

“We could have been sitting across from each other on the Speedline, going to work in town, and had no idea,” Mason said. 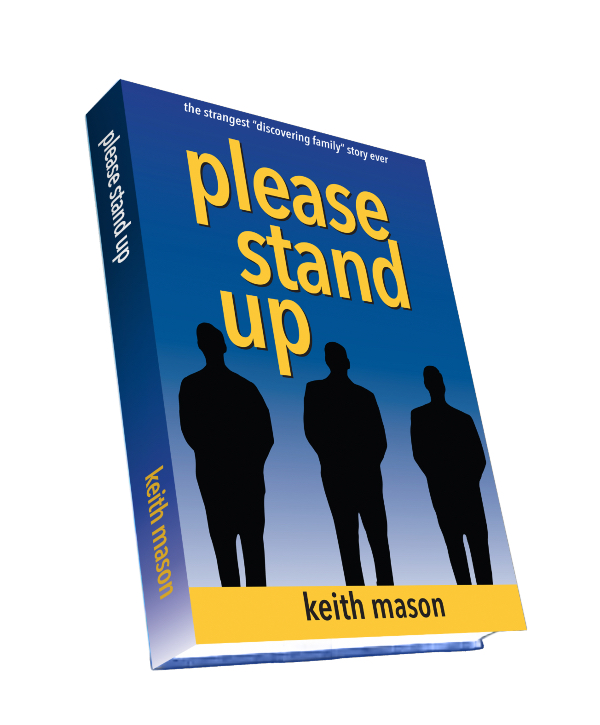 Please Stand Up is Keith Mason’s memoir of discovering the father he’d never met in the strangest of ways. Credit: Keith Mason.

Keith Mason eventually got to meet several of his half-siblings and their families.

After years of passively seeking to unlock the mystery of his own upbringing, he’d inadvertently become the historian of a family to which he had not known he’d belonged.

He’s penned the story of that reunion, and the remarkable life histories of his father and grandfather in the book Please Stand Up.

It has not made up for a childhood missing a dad, but Mason speaks about his experiences with the clarity of a man who’s long contemplated how and where his upbringing fits with what he learned about his father through this research.

“Maybe a guy who saw his mother die in a car crash at 5 years old. Maybe a guy who was sent off to military school when he was 10 because the third wife and the father wanted to send him.

“Maybe a guy who joined the merchant marines at 16 during the war because they were desperate for males to do that kind of work, and grown men were in the military. Maybe a guy who saw his father assassinated across town in Texas when he was 22 years old.

“Maybe the guy who went through all this figured out how to tell tall stories to protect himself, or get through the day, or rescue his own torturers,” Mason said. “Maybe that’s the kind of guy who did that to me and my mom, and did the stuff he did to the other wives and mothers.

Throughout his childhood, Jean — whom Keith said is still in good health at 92 — always told her son, “There are lots of different kinds of families. This is what you have, and it’s okay. ”

It’s the same explanation Keith Mason gave his own children when he separated from their mother; it’s what he tells his grandchildren when they ask about his upbringing. It comes up when he talks with children of abuse, who debate with him whether it is preferable to have a dad who’s present, but destructive, or absent altogether.

One thing’s for sure: in either case, he’s not alone.

“In the early 1950s, there were 3 million paternal orphans in the United States,” Mason said. “I’m part of this big demographic group.”