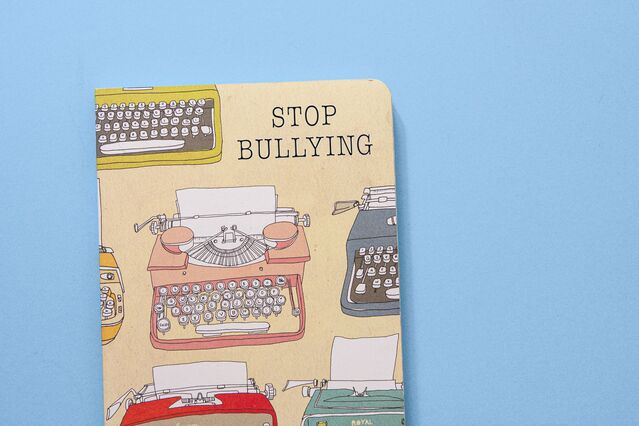 Source: Photo by Dee @ Copper and Wild on Unsplash

How do organizations eradicate workplace bullies?

The first step is to ask a better question, for bullying, at its core, is not an individual problem but a systematic construct that exists on the work culture level.

Though bullies may seek employment at a variety of organizations, in order for them to thrive and make use of their bag of tricks, the organization must encourage or at least condone behaviors such as gossip, manipulation, exclusion, sabotage, and unethical decision-making .

In such toxic environments, when new employees enter the workplace, they quickly get the explicit or implicit message that they must adopt such behaviors or risk becoming a target.

Bullying cultures are guided by an unwritten code of conduct and maintain clearly established in-groups and out-groups. In-groups often bond, not through healthy and productive friendships, but through their collective dislike of certain people or policies. So, instead of forming relationships through pro-social engagement, such as partnering on creative projects or sharing healthy hobbies outside of work, they seek connection by their joint dislike of a certain person or practice.

In such cultures, the in-group holds the power and targets individuals who step outside their self-imposed rule book. Targets of abuse are most often victimized for one or more of the following three reasons, all of which are admirable skills and qualities any ethical organization would seek: The target is overly productive, thus recalibrating the status quo, the target is innovative in her thinking hence encouraging the revaluation of long-held practices, or the target calls out unethical behavior thus revealing systemic problems the organization would prefer to keep hidden.

These in-groups may be led by individuals in formal positions of authority, like a department head or vice president, or they may exert what researchers refer to as contra-power, in which those in formal positions of power, such as a principal or manager, are bullied by subordinates (Christensen et al., 2020). Contra-power is particularly dangerous because those who are in a position to make positive changes to the existing toxic culture are driven out or simply forced to acquiesce in order to go along to get along, hence perpetuating the problem.

So, if bullying is truly a work cultural issue instead of an individual problem, what can organizations do to help eradicate workplace abuse? Research points to three solutions:

1. Implement multisource feedback loops. Feedback tends to trickle down. Deans evaluate professors, principals evaluate teachers, and nurse managers evaluate nurses. Such evaluations are often unilateral and focused on a single moment in time. In other words, professors are rarely asked to evaluate their leadership team, teachers are usually not given opportunities to give feedback to principals, and managers are rarely assessed by those they manage.

On the other hand, Multisource feedback invites each employee to be evaluated by the circle of people impacted by their work and leadership. Such design holds employees accountable for the impact of their decision-making and leadership style and opens up opportunities for them to grow based on these evaluations by people who work for, under, and with them (Francois et al., 2018).

2. Collect information on employees’ experiences at work as it relates to bullying. Whereas the #MeToo Movement has helped employees and employers make great strides in identifying and addressing sexual harassment, workplace bullying continues to operate in the underground of organizations, resulting in some employees suffering months or years of workplace abuse before their experience is addressed.

Tools such as the NAQ-R, or the Negative Acts Questionnaire-Revised, developed at the Bergen Bullying Research Group, can be administered by an expert in the field in order to get a read on the workplace climate. The NAQ-R is made up of a series of 22 questions addressing workplace abuse.

The tool evaluates the frequency of bullying behaviors experienced on the job such as withholding resources, having responsibility removed, and being subjected to constant criticism. For each item, participants indicate one of the following: Never, occasionally, monthly, weekly, or daily. (Serafin et al., 2020).

3. Write a collective workplace bullying policy. Unlike sexual harassment within the United States, legislation, as it relates to workplace bullying, only pertains to protective classes such as race, gender, and religion. Therefore, research indicates that human resource departments are often reluctant to address employees’ bullying concerns. Furthermore, since many HR officials report to upper management, who are most often the source of the bullying, those who speak up may be ignored, silenced, or retaliated against.

To address these concerns, it is imperative that organizations develop clear bullying policies that include specific examples of what constitutes abuse on the job. Furthermore, it is essential that employees who fear retaliation are given opportunities to report abuse either through anonymous helplines or to a department outside human resources, one created specifically to protect the dignity of all workers.

In addition, organizations should require regular bullying awareness training that addresses what the bullying cycle looks like, tactics frequently used, and procedures to follow for reporting abuse without fear of rebuke (Cowan, 2011). Organizations, like the National Workplace Bullying Coalition, can provide companies with the necessary support to develop workplace policies that ensure dignity on the job.

In closing, workplace bullying, at its core, is a cultural phenomenon that transpires in organizations that condone or encourage toxic behaviors such as gossip, manipulation, exclusion, sabotage, and unethical decision-making. In order to eradicate workplace bullying and establish a healthy work culture where – innovation, creativity, compassion, and productivity thrive – institutions must provide workers with multisource feedback, assess employees’ current exposure to bullying, and craft policies that clearly define what bullying is and steps to take to report workplace abuse without fear of retaliation. Everyone deserves to be treated with dignity on the job.